Mahesh Paudyal’s latest novel Little Lovers presents the tragic end of innocent lovers Bikawa and Malshree.It flashes back how Lakhum got married and how his life continued. Lakhum and his family were living happily. The Majhis on Dolalghat were living happily working hard all the day. They do have small huts for shelter and they don’t need more than that. But the bitter part of their life was going to begin. The motor boats started there with irritating sound and massive smoke to compete with the poor little wooden boats. It brought a problem of sustenance to those Majhis, because their bread and butter was connected and only possible by boating which was being snatched from them. Lakhum hadgot married to Dukhini and gave birth to Bikawa. As all of other Majhis Lakhum’s family too sufered from the same problem brought out by these motor boats. When Bikawa was of three -to escape from the problems of Majhis- Lakhum decides to leave Dolalghat and shift to Sera of Nuwakot. Firstly, Lakhum goes to Nuwakot and with the help of Tilke Majhi he manages the place to stay for his family which is recently moving there. After few days his family starts to live there.This is the place where novelist indroduce a event which brings the psychological tension in the novel. In this place Tilke offers the engagement of his one year old daughter Malshree and Lakhum’s three years old son Bikawa. Facing hardship in settlement and to make Tilke happy Lakum agreed the proposal without thinking the future impact of that

‘treety’. As they became younger Malshree and Bikawa became best friends. Without knowing the meaning of marriage they acted the role of would be wife and would be husband. As the days were passing Bikawa’s parents invisioned the future disaster as Tadi was approaching their shelter. They shifted to Dhunge where it seemed more secure. Although Bikawa used to bear many difficulties he didnot stop meeting his would be wife. These small creatures started to talk whole days on the topic of marriage. They started to collect the materials needed in marriage and in this process Bikawa has suffered alot. At last this deep rooted psychology of marriage led them to the tragic end of innocent child lovers. This novel should be taken as an appeal of ‘Bikawas’and ‘Malshrees’ to not play on their psychology. How a seemingly simple agreement between Tilke and Lakhum brought the disastrous end. Actually in this novel two lovers are departed but we cannot underestimate the future problems on these two beings. From the children’s perspective we can’t accept Lakhum and Tilke as the honest fathers. Although Lakhum had done various attempts to make his son happy he slips to reject the propose which really ruined the future of an innocent child. This novel presents the realistic presentation of society which thinks children as insignificant matters in decision making level. ‘Bikawa was not allowed to go sera anymore,and the children didnot meet again.’ line suggests the prolonging tension on those children. I am not telling that children of these age should not be seperated but my arguement is that the psychology of child should be understood and things shouldnot be imposed carelessly. I think to bring the novel in this tragic and tensed mood education is one of the dominant factor. If these chidren were provided with education they would not get sufficient time for these useless activities. If the society was educated they would not allow such activities and obviously they would not tease or make laugh of those kids. Paudyal’s novel also is a critique on industrialzation. It presents the clear image of Majhis who are really about to displace from their homeland. To stay in the country or the place where they born is their right but they are cheated by the modern form of industrialization. They have to compete with the monstrous machines with their handmade objects. This sort of problem is becoming the real problem of developing countries. The main root of all the problems in Lakhum’s family is the launch of those machines which reject the problems of poors.This novel really does have other stuffs for elders too. The writer also opposes the current money-minded tradition of town people which he criticize explicitely.He compares the village fresh fruits and vegetables with town’s rotten ones. He praises village people as helpful and working collectively. His portroyal of Kumar as changed character from villain to a helping one has many things to do with writer’s affection to villiage life. Tilke and Lakhum’s far relative at Dhunge helped him which made his life easier. The writer’s comment ‘money was slowly eating the minds of town people’ suggest he really hates the town men who are running after money. To conclude we can say that this novel is a strong message for those communities which think children’s future not seriously. It is obviously true that such type of psychological parting really hurt children all over the life so their parents and society as a whole shuldn’t play on it.(sir I thought I could write aloton it but when i started it became a melting pot not even a bowl of salad. I even could not dictate my grammatical errors too.)
on March 12, 2013 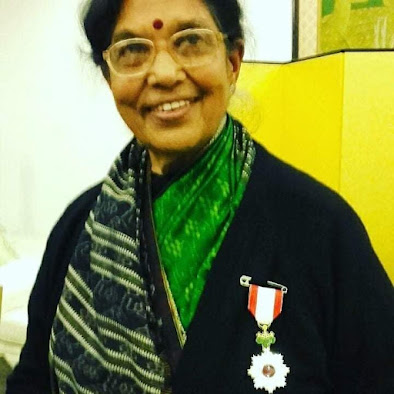