I love books, I love stories and I love to draw

Sara Lundberg is a Swedish writer, illustrator and an artist. She has written 4 books and illustrated 30 children's books. 'White lines' is her famous series that has been recognized with several awards and scholarships.
On 2nd December she was in United World Trade Center, Kathmandu, Nepal to discuss about her experiences as a writer, illustrator and an artist. During that time, we got an opportunity to meet her.
Sara, is it your first visit to Nepal?
Yes, but not my last, I hope.
When did you start illustration?
I started illustrating children's books in 1998. Before that I was involved in theatre and painting. I have always loved storytelling in one form or another.
Why do you write for children? Is there a specific reason?
I started making children's books because I love books, I love stories and I love to draw and paint. I think children's books are a great art form because it gives children and grownups an opportunity to sit together, read and experience a story and learn something together.
What kind of story do you think children love to listen and read?
If you ask children about what kind of story do you like to listen to, without thinking a single second they answer, 'scary story'.
Did you find any difference between Swedish and Nepalese illustrations?
First of all, I haven't seen a lot of Nepali illustrations. But I think Swedish (European) is perhaps a bit more experimental. Probably because our economies are more stable, the governments give grants for artistic development etc, so there is more room for experiment and artistic freedom.

What kind of story is 'White Lines'?
'White lines' is a story about following your path. Losing your path and finding it again. It is also about love and friendship.
By Kabita Sapkota
on December 16, 2014 No comments:

Ketaketi : A Magazine with a History (Continuously in operation since 2003 for the promotion of Nepali Children’s Literature) Ketaketi Online is the first online magazine of Nepali Children’s literature, formally registered and launched in 2003 AD, and promoted by Children’s Literature Foundation, Nepal. Evolving through names like ketaketi.org and ketaketinews.com, it is presently operating as ketaketionline.com.

It is a pure literary magazine, serving the nation with a few marked objectives. First, it attempts to preserve, promote and internationalize Nepali Children’s literature, created over time in all genres. It gives representation to authors – both adults and children, who create reading tonics for young citizens. Secondly, it is engaged in developing and promoting reading habits among Its chief editor, renowned author Kartikeya Ghimire, and editor, author and storyteller Mahesh Paudyal ‘Prarambha’ have been collecting, editing and publishing materials and experiences through direct participation. They go from places to places, from the remotest hinterlands to the far-off regions; sit among and interact with children, and bring home original materials directly from them. For last fifteen years, they have been devotedly involved in organizing story-writing and storytelling workshops at various places. Till now, they have been to as many as 25 districts of Nepal, majority of which are remote.

Besides publishing magazine on the web and conducting live programs, the Foundation also publishes books by renowned authors, and distributes to study centers, libraries, schools, clubs, children’s homes, youth development centers, hostels, orphanages, rehabilitation centers, day care centers and all those establishments that concern children. Its publications and other publications collected and distributed by the Foundation have been made available to children who do not have easy access to books and publications.

The Foundation has ambitions to reach out further, and encompass all districts. It is on the move to extend story-writing and story-telling workshops, wall magazine publication training, competitions, and awards to as many districts and places as possible.

It might also be mentioned that its editors have established awards for children in their names. The chief editor Kartikeya awards Kartikeya Child Talent Award with the sum he collects as remuneration and royalty for his publications. He has been awarding the same for last 11 years. The talents awarded so far have been performing very well in their careers, and are on the move to uphold the glory of the award. Child talent Sleshma Chhetry has already established herself as an author and singer, and is currently in the US, pursuing her higher academic degrees. Child Telent Anjana Rajbanshi, who was the SLC topper of the year 2063 BS, too is studying CA, and is all set to be a doctor. Child Talent Ganesh Dhungana is studying Journalism in Bangalore, India and is the President of Youth Network Dhadhing, a social network that coordinates youths and organizes social welfare and awareness programs.

Similarly, Editor Mahesh Paudyal Prarambha has established Prarambha Child Talent Award in 2009, and till now two talents have received the same. Pratibha KC of Parbat, who was awarded for her exceptionally brilliant skills in story writing, is heading towards a glorious literary career, especially in short fictions. Child Talent Rahul Bhujel, selected for Prarambha Child Talent Award 2010, is a born-singer, exceptionally talented. He has given his voice to a few songs in Nepali cinema, and is now all set to launch an audio album “Bright Future.” A few of the songs from the same album have also been visualized. A student of Bright Future School, Naikap, Rahul has never been second in any musical competitions of his level.

Shouldering such commitments and responsibilities, the Foundation has come all the way long from 2003, serving and promoting Nepali children’s literature and Nepali children. With more helping hands, it can strengthen its reach, and further its philanthropic mission. We request

Generous support and assistance in the larger interest of the children, who are going to inherit the future we pass to them in legacy.

Children's Literature Foundation is purely an independent and academic organization. It allows membership to the Nepalese writers, illustrators, translators, editors, teachers, publishers, child-right activists, social workers and all those who contribute to children's literature from some angles.

It also awards honorary membership to internationally acclaimed writers, publishers, teachers and social workers, whose contribution to the promotion of children's literally has been commendable.
For details:

Kartikeya Baal Pratibha Puraskar Kosh (Kartikeya Child Talent Award Trust) has been established with a sum collected as remuneration for his writing by Kartikeya Ghimire, who writes for children. The Trust has been, for last ten years, working to promote children's talent. Till date, as many as forty children have been awarded with Kartikeya Child Talent Award. The trust identifies children enduring through difficult socio-economic predicaments, and yet, dauntlessly moving ahead to carve for themselves a bright future. Every year, the awardees are conferred felicitation letter with a sum of Rs. 10,001/- in a colourful ceremony.
The Trust has also been working to promote creativity and reading habit of children who come from backward and marginalized sectors and communities. Its founder Kartikeya Ghimire, and Secretary and author Mahesh Paudyal have visited more than 30 districts organizing storytelling and writing sessions and children's literary meets. Their movement is still going on. Only that, they need more helping hands to help them continue!

How can the Trust be assisted?

For life members, the membership fee has been set at Rs. 5001/- while for annual member, it is Rs.1000/- only. To assume its patronage, the interested donor is expected to pay Rs. 5,00, 100/- only.
The donors shall be introduced in detail, along with their photographs on a coloured page of our monthly mouthpiece Ketaketionline Magazine.
on February 19, 2014 No comments: 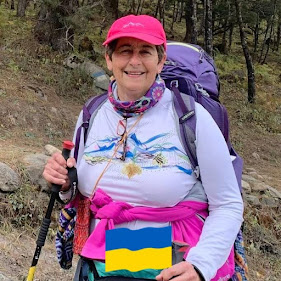